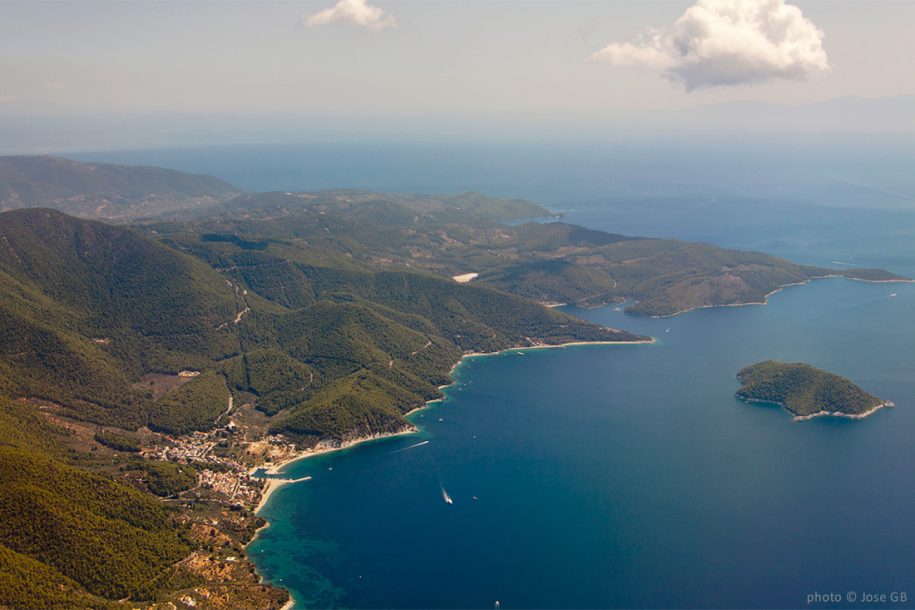 Skopelos is the largest of the Northen Sporades group of Islands. Its rocky coastline forms innumerable small coves and the two large bays of Panormos and Skopelos. Mt Delfi stretches from the northern part of the island to the center; gradually sloping down to the valley of Stafilos, east of which rises mount Palouki ending in a horseshoe of peaks. The island is covered in a mosaic of tall bushes , pine forest and pockets of verdant cultivation. The island’s population of about 4000 is chiefly divided among the main town of Skopelos (Chora) , Glossa , Elios (Neo Klima) and Panormos. A number of smaller settlements , such as Loutraki , Agnontas , Stafilos and Palio Klima can be found tucked in bays. Further inland , the countryside is dotted with homesteads, often forming loosely composed hamlets like Mili , Kabos near Chora and like Pefkias , kariya , Potami , Ananias , Ditropon, Pirgos , Mortero and Kalogeros at the centre of island.