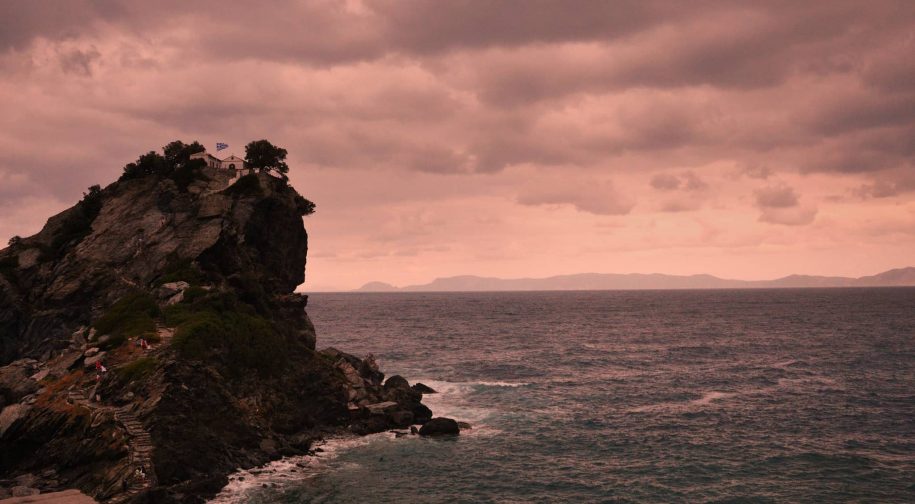 Agios Ioannis is one of the most picturesque and famous locations in Skopelos. Its crystal waters and the natural beauty are some of the characteristics of this region, which is located 30 km north west of Skopelos town and 8 km from Glossa village.

According the local history, a resident saw a glow on the top of the rock one night, when he was fishing, but at first he did not give particular significance to this. It was repeated many times, and one night he dreamed a woman with a divine look who told him to go to the top of the rock with the other residents and search for an icon there. Next day he informed the community of the island about what happened and went there. Then they all began to carve steps into the rock to the top. Once there, they found the icon of Agios Ioannis (Saint John), which was transported to a nearby chapel. The next day they discovered that the icon was not in the church, but back where it had originally been found. They decided to build a chapel on the site to house the icon, because they believed that the Saint wished to be there.

The church and the beach of Agios Ioannis have become world wide famous after the American movie Mamma Mia. If you want to visit the monastery you need to climb 105 steps.